A Nigerian pastor Rev. Dr. Eseme Unen and his wife, Pastor Esther have shared their excitement with the world after they recently welcomed triplets, 18 years after they had their first child, a girl, who is an undergraduate.

According to The Guardian, The General Overseer of Grace Impacts Baptist Church, Berger, Bariga, Lagos dedicated their triplets, two boys and a girl to God at a special thanksgiving service last week.

Speaking about her experience, the happy mother recalled how she prayed, fasted and sowed the seed for the fruit of the womb, before God at His own appointed time answered the family. 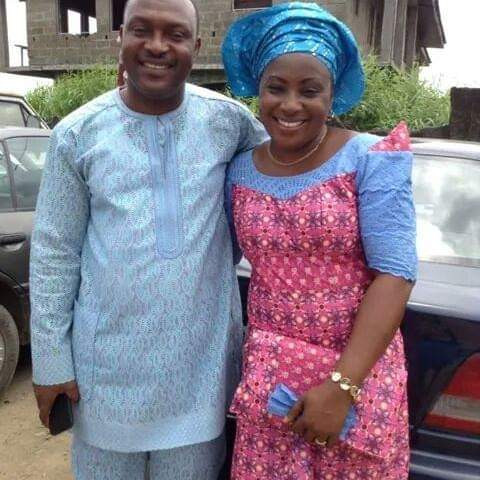 She said there were low moments, when she had to grapple with the reality of failed expectations, but was thankful God saw them through such periods.

She revealed other challenges she faced during the pregnancy, and how she spent six months in the hospital receiving treatment before the delivery.

Esther advised expectant couples to be patient, focus on God and shun the temptation to run to different churches looking for a solution.

On his part, her husband thanked God for granting them the grace to be steadfast and not bow before strange altars, during their trying period.

“It got to a point it seemed we were giving up but we persevered and God answered us.”

Rev. Unen said they fortified themselves against external pressure, which helped them to be steadfast in the face of challenges.

My husband is a drunk, wife beater – Woman tells court