Keyamo: ‘Why Drag Adeleke When Buhari Does Not Need WAEC Certificate’ – Nigerians React

Reactions have trailed a comment by Festus Keyamo (SAN) suggesting that one does not need to have a WAEC certificate to become President of Nigeria.

Keyamo who was a guest on Channels Television’s Sunday Politics argued that beyond the WAEC certificate, there are other levels of qualification to run for the post of President in Nigeria.

The Senior Advocate’s comment stirred varied reactions across the nation.

Following his interview and comment which some have termed as controversial, Nigerians took to social media to air their views on the subject matter, many holding views that were at variance with that of Keyamo.

WAEC and INEC since you started it for Osun State, fear God, and start Operations Check your Certificates. We are checking it all over Nigeria, for anyone in political appointments. No exception. No one is untouchable. You started it, not for one person

When some of us said “you don’t need waec certificate to be Nigeria’s President”,they thought we only wanted to smuggle Buhari into aso rock! pic.twitter.com/gMuOdLrPmE

Buhari may not need a WAEC certificate to contest but once he swore to an affidavit or presented a form indicating that his qualifications include WAEC it becomes a different matter. Or has he withdrawn his WAEC claim?This is a matter of perjury and not whether he is qualified.

862 people are talking about this

If WAEC is not necessary, then we are wasting our time even doing NYSC. This Kayode guy is a joke and a huge fool. Disgrace to a nation, this nation doesn’t value education and knowledge…

WAEC is not necessary, just speak and write English to INEC taste. 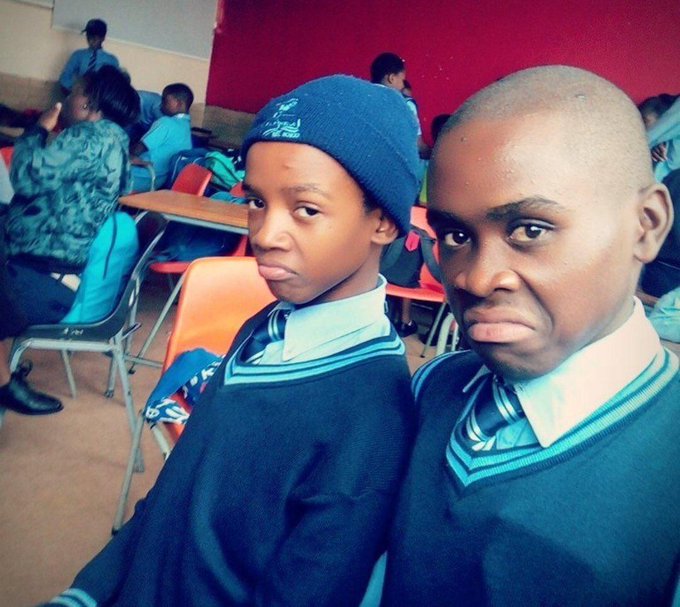 Hmmmm 🤔 🤔 one does not need waec to be president in this country but one small bank that wants to pay u peanut change will be demanding for certificates of your intestines. Huh! Giant of Africa indeed..

According to Section 318 of the Constitution, if INEC deems it fit, a ‘Freedom Certificate’ from Baba Suraju, the mechanic, for your 7 years apprenticeship under him, can be a “School Certificate”. Argue with your Constitution please. 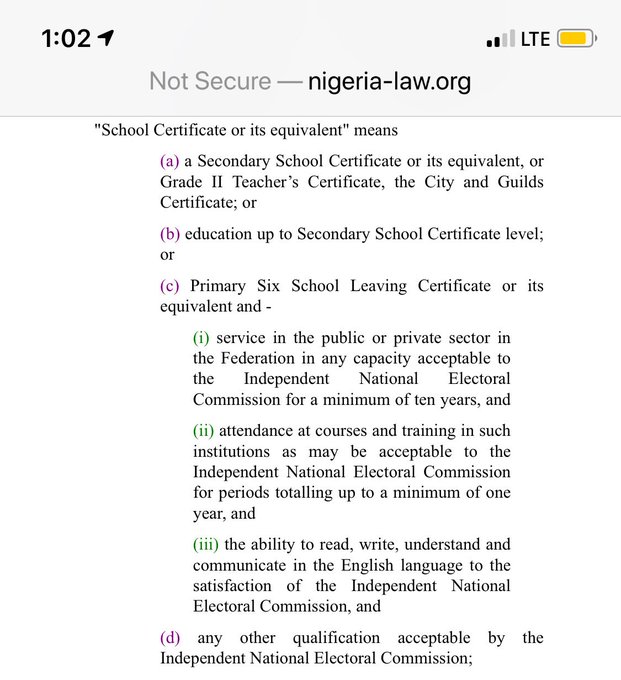 998 people are talking about this

Before Election:
1. “Buhari doesn’t have a WAEC result..”~ PDP
2. “Buhari is dead, the Buhari in the villa is Jubrin from Sudan..”~ PDP

After Election:
3.”Atiku not a Nigerian, can’t be president..”~APC

Only a shameless hypocrite will believe 1&2 and wail on 3.

32 people are talking about this

What is the essence of getting a School certificate (Waec) when you can become the President with a primary school certificate. Chaiii Naija na wa..
This our Constitution is an error.

As it stands now, anyone who wants to become a president (highest office) doesn’t even need to have WAEC, he can just show INEC his primary six certificate & he will be allowed to contest, wonders

. But a graduate will have to bring Bsc & Nysc certificate to apply for 50k job

55 people are talking about this

.@OfficialAPCNg took Senator Adeleke to Court, alleging that he had no certificate, now a shameless Festus (Stephanie Otobo) @FKeyamo is arguing that @MBuhari DOES NOT need a WAEC certificate to be President. It’s like saying you need a certificate to be gateman but not to be MD!

1,987 people are talking about this

Buhari may not need a WAEC certificate to contest but once he swore to an affidavit or presented a form indicating that his qualifications include WAEC it becomes a different matter. Or has he withdrawn his WAEC claim?This is a matter of perjury and not whether he is qualified.

862 people are talking about this

In defence of his statement on Channels Television, Keyamo has also taken to Twitter to shed more light on the certificate issue.

Below are Keyamo’s tweets in which he further clarified how the issue of not having a WAEC certificate differs from the forgery of a certificate as with the case of Senator Ademola Adeleke in Osun State.

Yes. Section 318 of the 1999 Constitution defines “School Certificate or its equivalent” to mean primary 6 School Leaving Certificate plus the ability to just speak, write, understand and communicate in English language to the satisfaction of INEC. No WAEC certificate is needed https://twitter.com/channelstv/status/1117520427658678272 …

There are other levels of qualifications to run for the office of President. In fact, if you have occupied the public office for a reasonable length of time, by the provisions of the constitution, you do not even need a WAEC certificate to become President of Nigeria. – Keyamo.

1,678 people are talking about this

By the definition of “School Certificate or its equivalent” in section 318 of the 1999 const. u don’t need a WAEC certificate to become President or Governor, but if you present a FORGED WAEC or other certificate to INEC for any office you will be disqualified. #OsunStateScenario

974 people are talking about this

716 people are talking about this

Let me end my free lecture series by saying that the crux of the matter is that if you don’t have a WAEC certificate, there’s no need to go ahead & forge one in a bid to be Governor or President. You can still be qualified, regardless. That’s the mistake made in #OsunCaseScenario