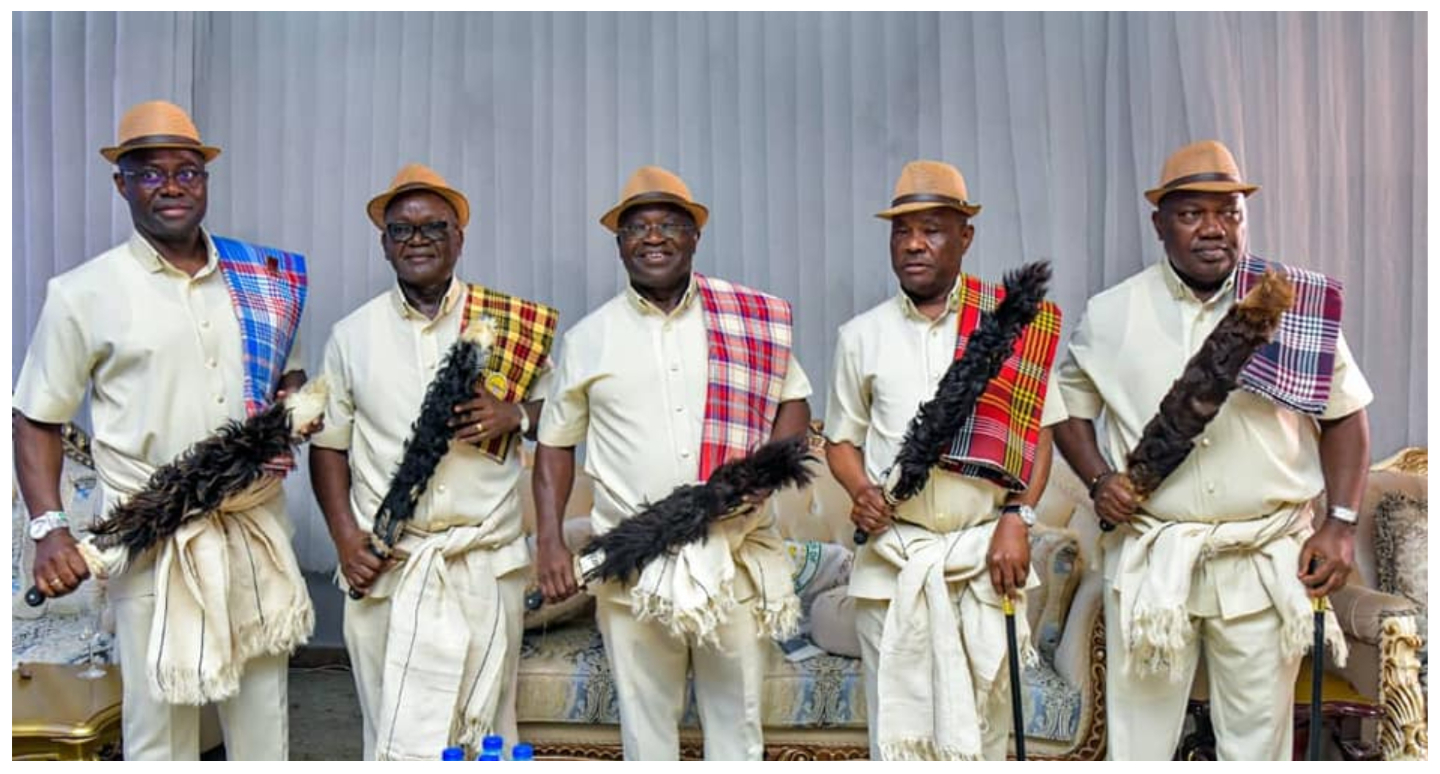 Indications that the five aggrieved governors of the People’s Democratic Party may endorse their preferred presidential candidate on January 5 2023 barring any unforeseen circumstances. It was gathered that the governors may be influenced by former President Olusegun Obasanjo’s advice that Presidency should go to the South-East in 2023.

The following governors; governors Nyesom Wike (Rivers), Seyi Makinde (Oyo), Okezie Ikpeazu (Abia), Samuel Ortom (Benue) and Ifeanyi Ugwuanyi of Enugu states and some political heavyweights from the South had parted ways with the PDP presidential candidate, Atiku Abubakar, over his alleged refusal to prevail on the PDP National Chairman, Iyorchia Ayu to resign after Atiku, a northerner clinched the presidential ticket of the party.

They insisted that Ayu’s resignation would ensure a balance in the leadership of the main opposition party. Although Atiku and the governors held several meetings in Nigeria and the UK, there was no headway as they insisted on Ayu’s removal from office as a precondition for peace.

In deciding on the presidential candidate to support, the governors might heed Obasanjo’s counsel that they should endorse the Labour Party presidential standard bearer, Peter Obi.

This goes to acclaim that the governors known as Integrity Group will unveil their preferred candidate soonest, if there is no major event before January 5 as Makinde’s campaign kicks off. This announcement will be made on that day in Ibadan.

It’s become controversial a topic among the G5 and the People’s Democratic Party as regards the presidential candidate to be supported. Speaking on the alleged cracks in the ranks of governors, a source stated that “some of them have nothing against Atiku. But none of the governors will come out to speak against the joint decision of the group that the presidency should come to the South. If Ayu has stepped down, they would have supported Atiku”

Some sources insist that the unity of the Integrity Group may be hanging by a thread. The dispute involves the support of Peter Obi of the Labour Party and Bola Tinubu of the All-Progressive Congress Party (APC).

The ambition of Ortom, gunning for the Senate and Makinde seeking a second term in office may be hanging in the balance due to their faceoff with Ayu.

Aside from these, the Benue State governor had always preferred the former Anambra State governor, whom he said could deliver Nigeria.

To these causes and many more, the Deputy National Publicity Secretary of the party, Ibrahim Abdullahi stands that going into the polls, a divided house is inevitable, saying, “Let’s go to the polls like that. We can’t exhaust all the options, anyways.”

A Warning to Atiku

A member of the Integrity Group and former chairman of the PDP Board of Trustees, Chief Bode George, has wished Atiku good luck.

In a telephone interview, George said, “If Atiku thinks he can win without us, good luck to him. His aides who are speaking for him know nothing about the foundation on which the party stands.

“We have stated our position but if Atiku thinks he knows better than us, it is good with him. We will make our position clear and work toward what we believe in. Atiku cannot threaten us because for someone like me, I am not looking for anything from him. What do I need now… A job or an appointment? I am already retired.

“We are not saying he cannot win without us but we wish him all the best. That is fine if he says we would be retired politically if he goes ahead to win without us. I will go home.”

He also noted that the presidential candidate has left the South-West with nothing to bargain with. The retired Naval Officer declared that it would be difficult to prevail on Yoruba people to pitch their tent with the PDP with Ayu still in charge as party chairman.

The campaign council stated, that with Atiku’s massive supporters, the pollsters would be shocked by the positive result of the presidential election.

This was disclosed by the campaign council spokesperson, Kola Ologbodiyan on Tuesday. He added that Atiku enjoyed “the camaraderie and support of the greater majority of Nigerians who are not confined in the indices relied upon by many of the pollsters in their forecasts on the 2023 presidential elections.”

On Tuesday, the Director-General of, the PDP Presidential Campaign Organization, Aminu Tambuwal, urged the Nigerian voting public to use their Permanent Voter Cards to remove the APC from power in the 2023 general elections. The Sokoto state governor stated that APC had plunged Nigeria into several problems without possible solutions.

The former PDP National Vice Chairman (Southwest), Dr Eddy Olafeso, condemned the leadership styles of the APC in Ado Ekiti, the Ekiti State capital during the inauguration of the PDP Presidential Campaign Committee and Campaign Management Committee. He urged PDP members “to work for peace to defeat the monster called APC and its beneficiaries in the country.”