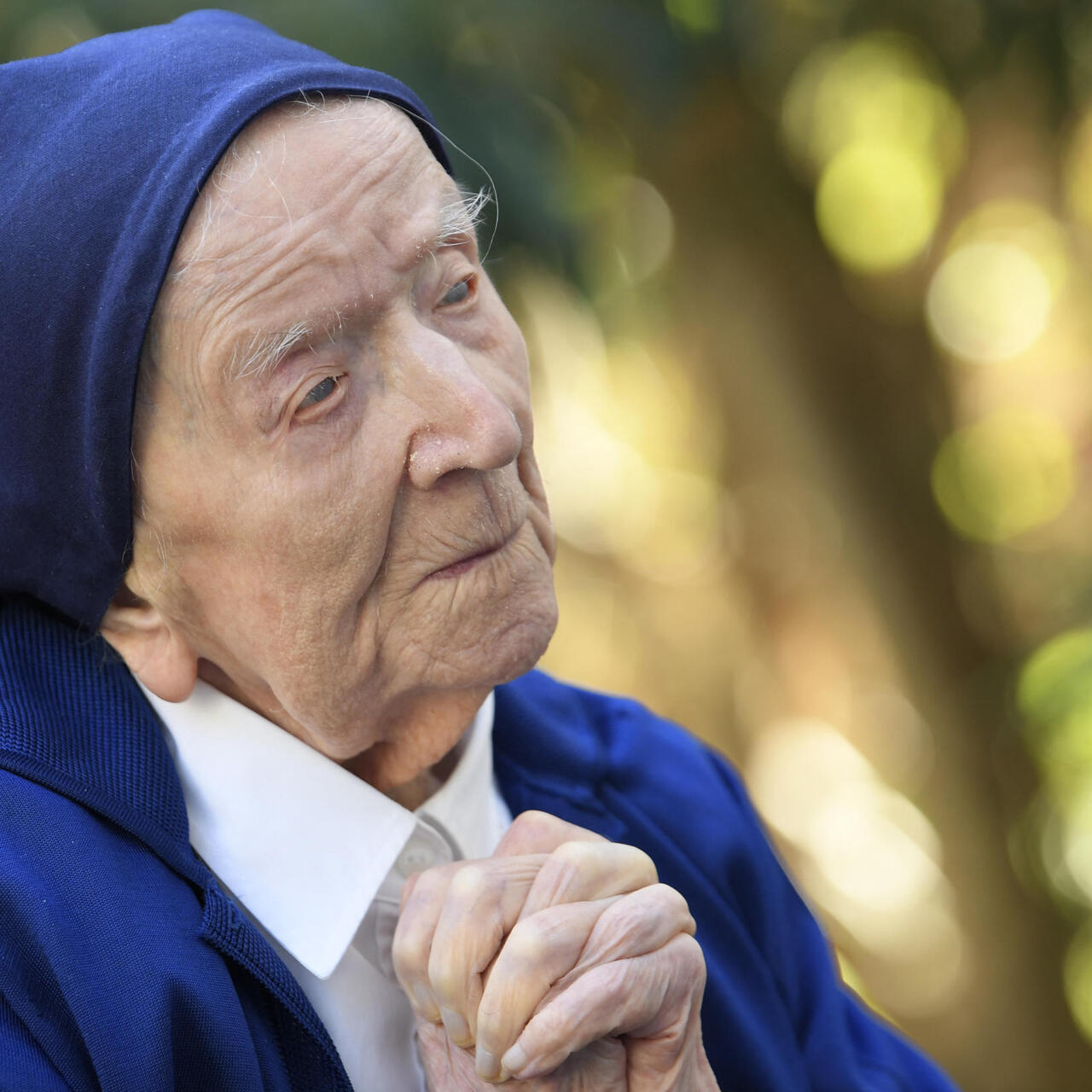 Ms Randon – who became a nun in 1944 died in her sleep at her nursing home in Toulon, France.

The French nun, who assumed the name Sister Andre, was born in Southern France – in 1904. She survived two world wars and dedicated her life to Catholicism.

Though born into a Protestant family, Sister Andre later converted to Catholicism and was baptized when she was 26 years old. She joined an order of nuns, the Daughter of Charity 15 years after she decided to join the Catholic Church.

David Tavella, a spokesman from her nursing home, shared the news of her death on Tuesday. He also stated that the sister desired to join her beloved brother.

Sister André, despite being blind and saddled in a wheelchair – Sister Andre cared for other elderly people, including people younger than herself.

She highlighted in one of her last interviews; “People should help each other and love each other instead of hating. If we shared all that, things would be a lot better.”

CBN Sensitizes & Guarantees Marketers on the Availability of New Notes